Much has been made about how the generation of energy contributes to the production of greenhouse gases. Over the past few the UK has invested significantly in alternatives sources of energy from solar power to wind generation. The United Kingdom depended heavily on fossil fuels to drive its power stations. Ever since the infamous Kyoto protocol in 1997 where almost every industrialised nation agreed to cut their yearly emissions of carbon, as measured in six greenhouse gases, by varying amounts, averaging 5.2%, by 2012 as compared to 1990. That equates to a 29% cut in the values that would have otherwise occurred.

So how is the UK doing?

Not badly according to the statistics released by the Department for Business, Energy & Industrial Strategy.

So how is the UK meeting these Kyoto targets? A concerted effort to move away from fossil fuels used in generating electricity is the short answer. From 1990-2016 there has been a fall in emissions produced in the provision of energy supply. There has been a reduction by 57% in emissions from energy supply. In the UK the largest produced of emissions is now transport accounting for 26% of the greenhouse gases emitted compared to that of energy at 25%. Over the same period 1990-2016 transport emissions have fallen by only 2%. 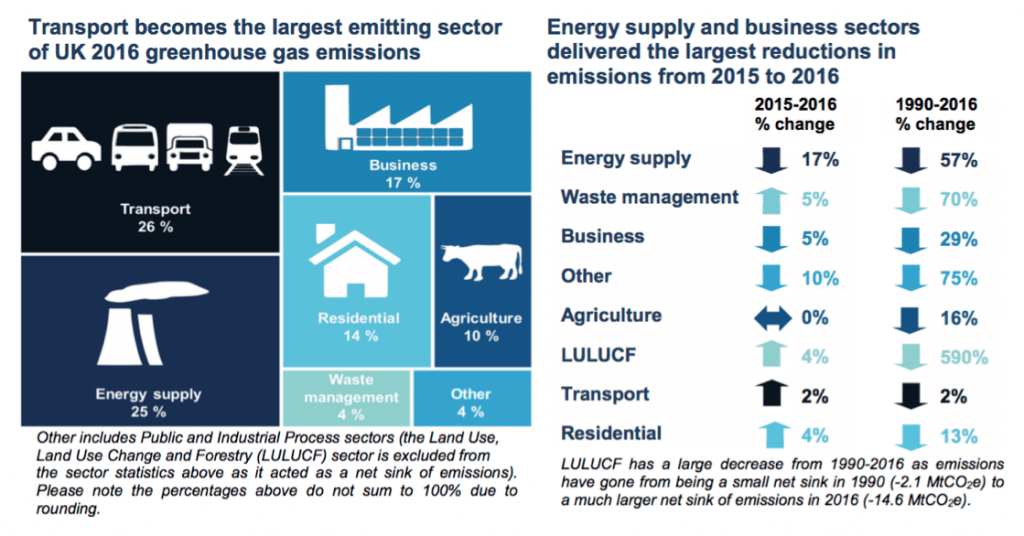 Over the past 5 years the changing landscape can be seen and the dependence on coal has fallen to around 10% from 43% in 2012. This alone will have had the biggest impact on the reductions experienced in lower emissions. Whilst there has been a significant switch to gas as a source of energy, and still a contributor to greenhouses gases, wind power has increased significantly. 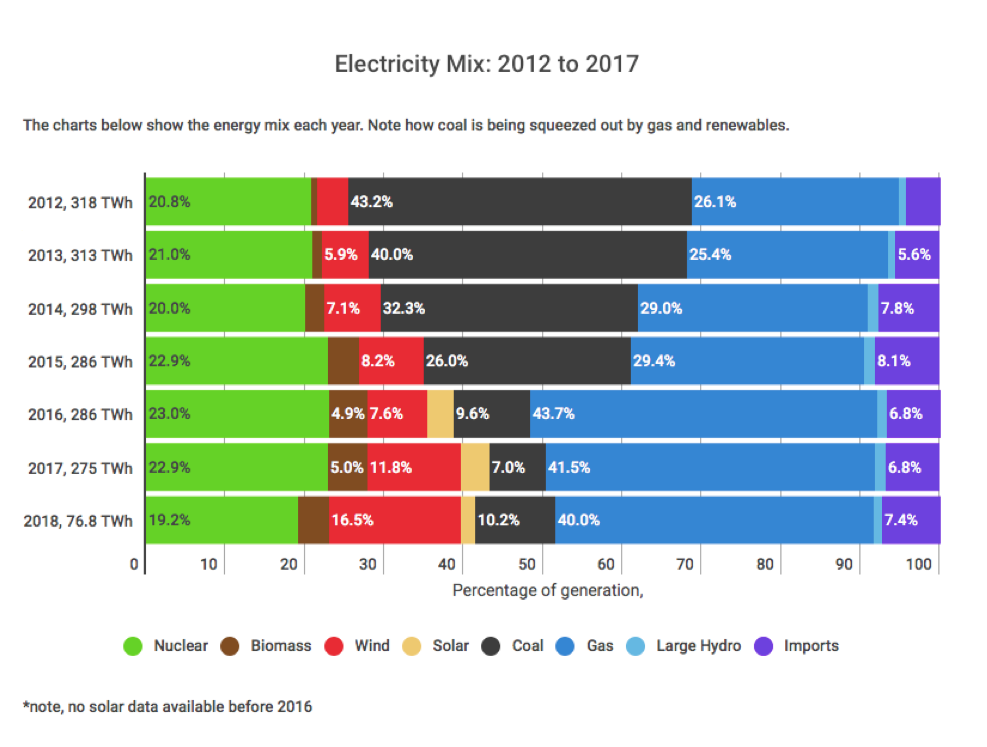 Using data supplied by MyGridGB for the past 12 months to the end of February 2018 renewable sources made up 45% of electricity generation (includes nuclear power). 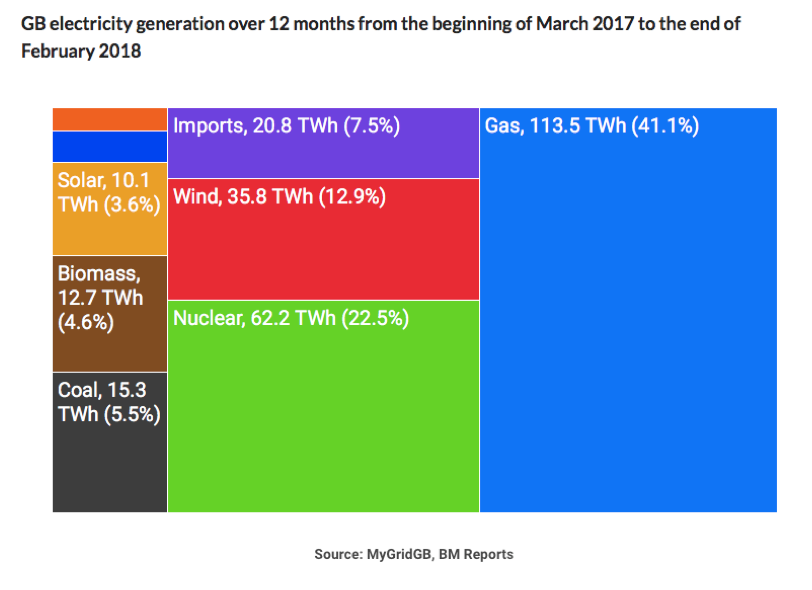 The share of renewable generated energy varies on a daily basis as both solar and wind generated energy is dependent on the weather. For example the 27thMarch 2018 there was little evidence of the sunshine so solar energy was negligible, but wind was a little higher than the average for the preceding 12 months. 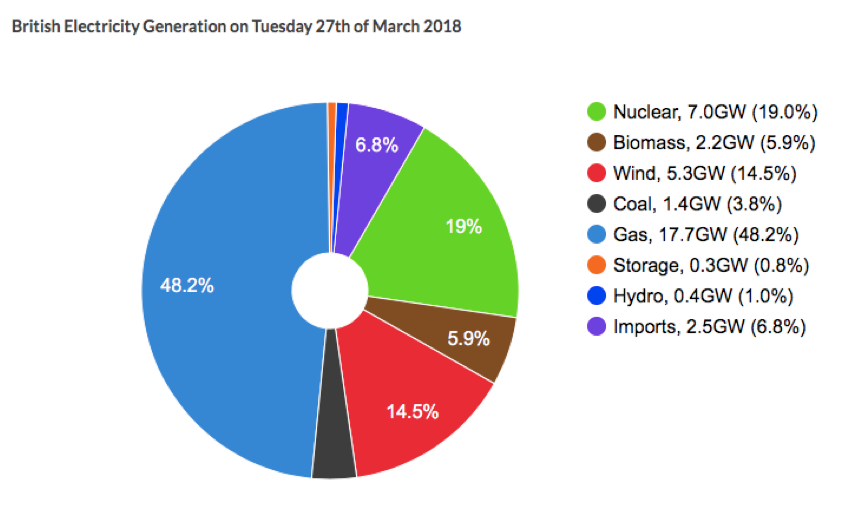 Have questions about our products?
We’re here to help!

Scroll Up
We use cookies to ensure that we give you the best experience on our website. If you continue to use this site we will assume that you are happy with it.OkRead more